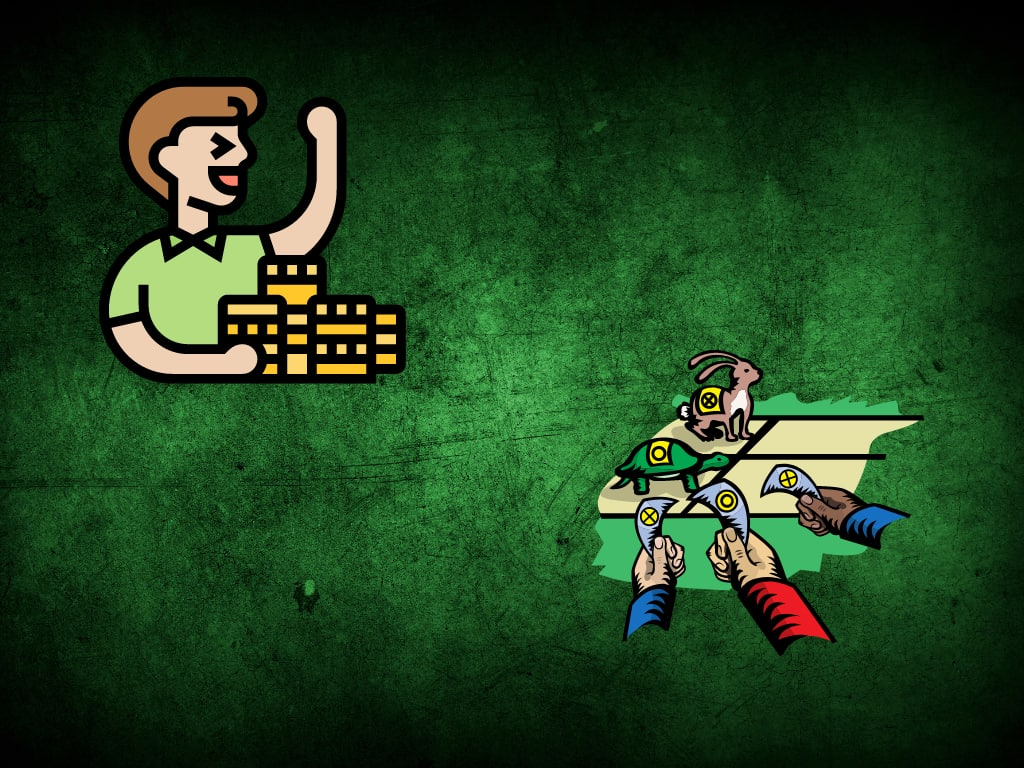 The sporting events of the same type, in which every team is playing every other team, are where the term “round-robin bet” originated. When placing a round-robin wager, you split up a large number of parlays into smaller ones and place them one at a time. If you understand how it works, it’s a fun and original form of wager. Thankfully, you can find those right on this page.

For all the information you require on round-robin sports betting, continue reading.

What’s the Idea of a Round-Robin Bet?

When placing a round-robin wager, you add many bets to your bet slip and then combine these wagers into smaller parlays. Then you place a wager on each parlay, thus assembling a field of wagers that you’re hoping will win.

Round robins can be combined in a variety of ways, allowing you to place two-leg, three-leg, or perhaps even more extensive parlays. We shall examine how each of these options functions in the examples that follow.
Since seeing a round-robin bet in action is the best way to understand it, let’s take a deeper look and construct two bets to better explain how they operate.

Examples of a Round-Robin Bet

Here are two instances of round-robin wagers to show how intricate and fascinating they can be.

We’ve chosen the following examples to demonstrate how round robins operate:

These picks are combined into a round-robin, giving us three different two-game parlays with total odds of +367. But keep in mind that you’re betting on each parlay separately.

The three parlays in this instance are:

This wager would be referred to at sportsbooks as “round robin (2’s) x3 wagers”. You’re placing a wager on each parlay in the round-robin when you enter your stake amount on this bet. A $1 wager would therefore be $3 in total: $1 for each parlay.

The wager has a maximum payout of $14.01, but that’s only if all three teams of your choice get victorious. Given the fact that one of your parlays contains bets on Manchester City and Celtics, there’s a potential you may earn a lower return if, for example, just those two teams triumphed.

Things are starting to get interesting now. You have a lot more possibilities for how to divide your round-robin into minor parlays when you pick five selections. You can divide the round-robin into one of the following categories when you place your five picks:

Additionally, you can place wagers on multiple of these on a single bet slip. Therefore, if you like both the five four-pick parlays and the 10 two-pick parlays, you could wager on both and, with a few simple clicks, create two round robins without having to redo all of your picks.

To demonstrate how this works, let’s assemble a five-team Premier League moneyline round-robin.

The five picks are as follows:

You can now decide how to divide up your picks into a round-robin wager using the various parlay possibilities listed above. We won’t go into detail about each option here. Let’s imagine that you wished to divide those picks into five parlays of four.

Here’s how they divide:

There’s a lot to process. However, in actuality, you only have five different parlays that you’ve constructed. From this point on, you can regard each as a distinct wager even if you plainly hope they’d all win. Think of round robins as a quick way to create several connected parlay bets. Remember that a parlay must win on each leg, making them high-reward bets, but also high-risk at the same time.

A step-by-step tutorial for creating a round-robin wager at the best sports betting sites in 2023 is provided below. We’ll utilize the very same five-pick round-robin we mentioned previously to keep things straightforward.

• Add each individual stake to your bet slip as if you were going to place a standard moneyline wager on it.
• Go to your betting slip. If you don’t see the wording that says “Round Robin” near the bottom, your wagers couldn’t be allowed for round-robin betting.
• Select the structure(s) you want for your round-robin by scrolling down. For each, enter the wager amount. For the purposes of this illustration, let’s pretend that you’re wagering $1 on the “(4’s) x5 wagers” option, for a total stake of $5.
• After choosing “Place 5 Bets for $5,” wait for a sportsbook to confirm that your bet was successful.

All that’s left to do after that is watch the games and pray your predictions to succeed!

Round robins have their advantages and drawbacks, just like any sort of specialty bet.

In general terms, round robins can make for entertaining wagers because they increase your commitment throughout several games. They also have a chance to reach break even. Your chances of making a little profit or at least getting your stake returned are higher if three of your round-robin parlays win but one or two of them don’t.

Additionally, they also make it simple to create numerous linked parlays without having to individually recreate each option.

The first thing to note is that they are parlays. Parlays are also intrinsically dangerous. To reduce some of the risks, make smaller builds (instead of five four-pick parlays), but doing so comes at the expense of potentially higher returns.

However, compared to a single parlay or individual stake, a round-robin wager requires a larger initial outlay. Because you’re betting on each individual wager the round robin makes, a $5 wager on a five-pick round robin equates to a $25 stake.

In general, round robins are really only advised in particular situations with carefully considered picks. Make sure to proceed with caution and maintain your composure.

How you divide up your picks into smaller parlays will determine this. Let’s use the previous example again.

On best-rated operators at https://bookmaker-expert.com/bookmakers/sports-betting/premier-league-epl/, a $5 wager on a five-pick, four-leg round-robin with all of these picks has a maximum payout of $55.47, and yet only if each team on the schedule triumphs. If one or more teams lose, you might still come out ahead, however, the $5 you staked on any parlay that included the losers is lost, so your victory will be somewhat tempered.

There might be a better possibility of winning with 10 two-pick parlays. In a round robin, the same $5 wager yields a possible payout of $119.80, but it necessitates $50 upfront because $5 is wagered upon every parlay inside this round robin.

In a round-robin, payments differ according to your choices and bet structure. Fortunately, before you place a bet, the majority of sportsbooks will prominently indicate your possible reward.

Betting Strategy for Round Robins

There’s always a chance that you’ll fail when you bet because gambling is fundamentally dangerous. When you’re placing round-robin bets, keep that in mind. However, having some insider knowledge can offer you an advantage.

Skip the Early Season and Bet on the Mid-Season

Any professional sports league season commences with a hazy few weeks. While the star athletes are still warming up, the other players are trying to impose themselves. At the beginning of a season, try not to make quite so many round-robin wagers.

When a league is in the middle of the season, you can make informed bets because you have a strong sense of the players involved. To make wise, informed wagers, focus on historical results, news, and on trends.

Round robins are reserved solely for infrequent wagers. They have strong potential payouts but poor hitting odds because they require putting multiple parlays in one go.

Quick Two-Leggers Should Be In Your Focus

Due to the enormous potential prizes, the large four-leg round robins could be alluring, but they’re extremely unlikely to succeed. When placing round-robin wagers, aim for smaller clusters to increase your chances of making a little profit rather than seeking a large payout.

Keep doing what you know! Starting off with a round-robin when betting on a new sport doesn’t make much sense. They are intricate wagers that call for an expert understanding of the specific sport.

If you love hockey statistics, stay with the NHL. If you are an NFL specialist, stick to American football-related round-robins. Make thoughtful, well-researched wagering judgments.