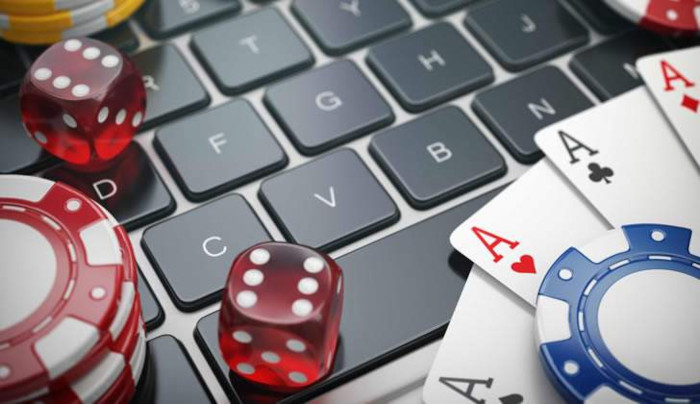 To understand how sports betting systems work, all you need to know is that the system actually presents several slips (bets) on one pile.

The systems are designed to reduce the effort of composing a few slips at the same time because you have a ‘good feeling’, but you still know that someone (a team or a player) will ‘betray’ you for sure. What does this mean in practice? If you put, say, 10 games on the slip and play the system (say 6/10), that means you will have a lot of smaller slips to track.

To begin with, let’s see what types of systems exist…

The system can be played separately, it can be played with a slip having a single bet, or with another system. Calculating odds is the most difficult in this case, but it is no further mathematics.

For a start, we will look at an ordinary slip with five pairs on which you are chasing at least four successful bets. We will mark the pairs with the letters A, B, C, D, and E, and this kind of slip has five smaller slips in it. This is how the eventual gain would be calculated:

If, for example, instead of the 4/5 system, you played the 3/5 system on the same slip, the number of combinations would double. Then the situation would be as follows:

How to Calculate the Gain

Calculating the gain on such systems is much easier than it seems at first glance. In fact, you only need to multiply the odds of the hit pairs and then add up these small winning slips. We will show you that on the 2/4 system because that is the easiest way to explain.

If your payment on this system is $ 60, which in this case is $ 10 per combination (system 2 of 4 has 6 combinations, as we wrote above), it is very easy to calculate the total profit. The odds of the first slip are 3.00, which means you take $ 30, the odds of the second slip are 3.75, and the odds of the third are 5.00. When you add up all winning combinations, you come to the figure of $ 117.5. You hit 3/4 of the pairs played, your system allowed it to happen, and in the end, you took fine cash with this choice of slips.

If you managed to hit the fourth pair from this slip, i.e. the odds of 1.80, you would have won a maximum of six combinations, which would be an ideal scenario.

A Combination of a System Slip With Something Else

Things get even more interesting when the systems slip is combined with something else. So you could put together a 4/4 + 3/5 slip. Then each of the winning combinations would be multiplied with the added 4/4 slip. Of course, the condition is that all four couples are hit on that slip.

You can also combine the system with another system. Imagine a 3/5 + 2/4 connection, for example. There are many combinations, and their number increases as the number of pairs on your slip increases.

You can also tie the system with single bets and we think the story here is pretty clear – single bets have to be hit and used as multipliers of winning combinations. If you played a slip with 16 pairs but put it in a system where you only need 8 hits, there would be as many as 12,870 combinations that bring you a win!

This gave you a brief overview of systems betting…

Systems Betting Aren’t For Everyone

You don’t have to burden your head with calculations – find a system that suits you and let bookmakers calculate. If you ask us whether the systems are good or not and whether there is money or not, our answer is that they can be interesting but at higher odds, such as half-time/full-time markets, a lot of goals (points), wins of the underdogs… actually, everything with odds of 4.00 and more.

If all this is not clear to you, and we believe that there is a good part of you who don’t get this, lay off the systems, don’t play what you don’t understand. However, if you are really interested in systems, take action, and learn on your own –we just gave you a little push in that direction.