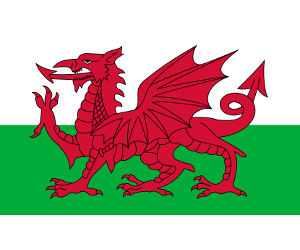 Wales vs England Prediction on November 29, 2022

The last match on the schedule on the 10th day of the men’s football 2022 FIFA World Cup in Qatar (Tuesday, November 29), is between the UK’s counterparts - Wales and England. You can check below our prediction for this last Group B match of the preliminary stage, which will be played at 10 p.m. local & Moscow time at the Ahmad bin Ali Stadium in Al Rayyan.

Most Wales vs. England predictions and the most recent odds at no deposit bonuses bookmakers have the ‘Three Lions’ as favorites, but the ‘Dragons’ shouldn’t be completely discounted. The goal of Gareth Southgate’s team is to win Group B, but doing so depends on their performance on Tuesday. Wales plays England on Tuesday night in an effort to advance from Group B. They hope to defeat England for the first time in nearly 40 years. The ‘Three Lions’ have been deserving of their position as group favorites, but they must win this match to guarantee first place and a good route into the knockout stages. Mark Hughes’ goal gave the ‘Dragons’ their last victory over their close neighbors in 1984, but Rob Page’s team will be heartened by the fact that this is perhaps the country’s strongest team since then. Despite the fact that Gareth Bale and Aaron Ramsey are getting older, young players like Ethan Ampadu, Harry Wilson, and Dan James have mostly seized the reins. Wales will want to frustrate their rivals, and despite England being the clear favorite, we believe that the final score might be close, as it has been in three of the last five games. In their last six meetings, no team has averaged more than three goals per game. Despite this, the game should be very entertaining due to the two sides’ abundance of attacking talent. Bukayo Saka, whose performance for England has been particularly impressive, is our pick to score anytime on Tuesday night. His speed in the backcourt is anticipated to pose a particular concern to the Welsh back three. Wales team news Before the game on Tuesday, Page must deal with a number of injury concerns. Given the significance of the game, Joe Allen might be risked, however, Amapadu is more likely to start in midfield. In a change from the draw with the USA, Wales may start James out wide and Bale as a false ‘nine’. England team news Southgate typically avoids making unnecessary rotations and won’t be coerced into making any adjustments. The England manager may decide to rest the captain after Harry Kane picked up a minor injury in the team’s opening match, with Callum Wilson getting a start instead. Head-to-head encounters Countless times have these two met. You already figured out that England is up in mutual encounters. Actually, it’s 68-21-14. Let’s just say that in the last six H2Hs England conceded only one goal to Wales.

Considering all said, it’s difficult to imagine Wales winning the game at Ahmed bin Ali Stadium. In fact, with the ‘Three Lions’ scoring goals at a high rate recently, the odds are significantly in their favor. England almost surpassed their World Cup win record in their opening game against Iran, making a statement. Despite this, it would be unexpected if Southgate’s team had such a successful day against their next opponents, especially following a goalless draw with the United States. The team commanded by Page has demonstrated that it’s well-organized and more than able to relax and put up the pressure. Both Teams to Score – Yes at odds of 2.00 at SportBet is a wager we’d place if we were you.