Verstappen Wins Formula 1 Title After Most Controversial Race in History 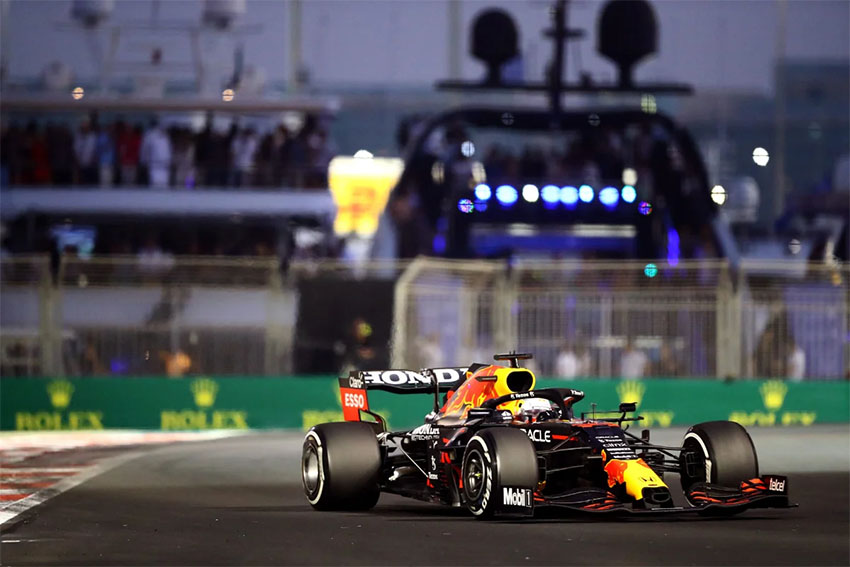 Max Verstappen from Red Bull won his first Formula One World Championship, defeating Lewis Hamilton in a contentious season finale in the Abu Dhabi Grand Prix. This season was hailed as one of the best in the sport’s history, and the championship race came down to one of the most insane closing laps ever seen.

The two titanic rivals arrived at the Yas Marina Circuit leveled on points, setting up the ideal conclusion to a championship race that came down to the wire. After a fantastic qualifying lap a day earlier, the Dutchman established an early lead by qualifying in pole position for a drive that will be remembered for a long time. Verstappen finished the season with 395.5 points, eight more than Hamilton, who had the title in his pocket, but…

It was Hamilton who got off to a stronger start than Verstappen, passing him before the first curve and dominating the majority of Grand Prix with Mercedes pace for the duration of the race, being on a safe path to the eighth title by six laps before the end when he held an 11-second lead. The Dutchman immediately tried to retaliate. He did that, with contact, after which the driver of the Mercedes left the track, but he managed to stay in the lead. It was expected that this move would be under investigation since it didn’t change positions, but the race management estimated that Hamilton regained the acquired advantage and therefore kept the lead.

After going to the pit box, the Briton had a sure advantage, but he returned to the track behind another Red Bull driver, Sergio Pérez, who had the task of slowing him down, which he did, so Verstappen approached Hamilton for only a second. However, after he did his job, the Mexican continued to pit box, and his teammate could not keep up with Hamilton. The period of the presence of virtual safety car, when Antonio Giovinazzi stopped on the track, went to the advantage of Verstappen, who used it to go to the pit box and slowly caught up with Hamilton, but it seemed that he would run out of time.

Verstappen refused to loosen up in his car as the laps ticked down to what would have been a shattering end to a promising season, believing in racing’s ability to throw up unexpected scenarios. The miracle arrived on time. While Hamilton was coasting, Nicholas Latifi, who was driving way behind, wrecked his Williams, scattering debris across the track and requiring the use of the safety car instead of interrupting the race as it was the case in similar situations this season. If the regular regulations were followed, Verstappen’s chances of winning one of the tightest championship contests would appear slim. To Hamilton’s dismay, the race director Michael Masi selected a different approach, laying the door for a final-lap battle.

With the benefit of a fresh set of tires, Verstappen was able to burst past Hamilton. Verstappen passed through the finish line with a two-second advantage over Hamilton, and the two of them were joined on the podium by Carlos Sainz Jr. from Ferrari. The Spaniard profited from Pérez’s withdrawal in the finish, as he withdrew to pit box from the race while a safety car was on the track.

Reminding that they are not satisfied with what happened and that they will work to ensure that the rules are determined accurately and in detail, the Mercedes management emphasized that it withdrew the complaint they filed after the race that decided the world title. The reason they appealed the race result was that the safety car rules were applied in a way that affected the race result after Hamilton had the upper hand and was on his way to winning the title. They complained, as they stated, in the interest of fair play, and since then they have been in constant dialogue with the FIA and Formula 1 to clarify things for the future and for competitors to know the rules under which they race and how the rules are applied. Mercedes welcomed the FIA’s decision to set up a commission to analyze what happened in Abu Dhabi and to regulate the application of the rules and decision-making in Formula 1.

The consolation for Mercedes is winning the title in the constructors’ competition, while in addition to the fact that we got a new champion in Abu Dhabi and attended the drama, we witnessed the last race of Kimi Räikkönen. The 2007 world champion didn’t finish the last race of his career, as he had to park in the garage in the middle of it due to a malfunction, but he was voted the driver of the day.

The next Formula 1 season starts on March 20 with the Bahrain Grand Prix and you will be able to bet on it on some of the numerous bookmakers with Android apps.