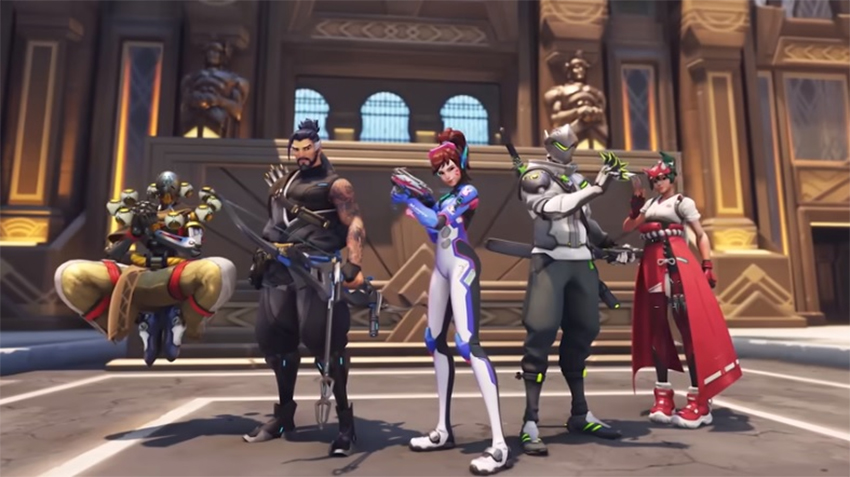 Yes, you read it well: In order to make way for the release of the sequel, Blizzard has formally terminated the servers for its first-person shooter Overwatch.

Overwatch’s Coming Out Was an Instant Hit, and So Was the Formation of Its eSports League

When Overwatch first came out, it was a huge success for Blizzard, receiving a ton of positive reviews, winning Game of the Year accolades, and generally being well-liked by players. It was viewed as a resounding triumph for the business, launching its first new intellectual property in years. How much the video game was popular can be portrayed by the fact that the Overwatch eSports league, known as The Overwatch League (OWL), run by Blizzard Entertainment, was the first major premier global eSports league that had teams competing, which were based in cities; the franchised teams representing international locales.

At the beginning of the inaugural season of 2018, the OWL attracted over 435,000 peak viewers, becoming an instant hit. Even if the numbers decreased the next season, the first season of the OWL played a significant role in Overwatch’s overall success. Despite the fact that the popularity of Overwatch was at its highest in the first season, real money betting on the game took some time to catch on. Many Overwatch enthusiasts still do not know how to start wagering on the game today. The list of Overwatch betting sites should be sufficient to assist you if you belong to this group and are scrambling to find a way in.

Blizzard Forced to Make Its Move to Entice Gamers Back

Due to Blizzard’s consistent release of new heroes, maps, and modes, gaming aficionados were able to continue enjoying Overwatch, but as time went on, gamers’ enthusiasm began to wane even though, in August this year, there were 9.1 million average Overwatch players, which was a record high for the previous two years.

Blizzard chose to create Overwatch 2, a successor, to entice users back to the original game. Overwatch 2 debuted in early access on October 4. Blizzard has chosen to make the Overwatch 2 files overwrite the old game in order to avoid dividing the user base. Overwatch 2 is debuting as a free-to-play game, which is unfortunate for those who love the 6v6 action of Overwatch 1, but wonderful news for people who have never had the opportunity to try out Overwatch before.

After being down for about 24 hours, the Overwatch servers came back on October 4 at 11 a.m. PT. The servers then began, however, not everyone had access at once at that point as that has happened gradually. It was an even better scenario compared to the initial information fans got from Blizzard, who stated that the Overwatch 2 official launch was to actually be one hour later.

Along with switching to a 5v5 format, Overwatch 2 also modifies Tank heroes, adds the new Push game mode, and gives players the chance to check out Kiriko, Sojourn, and Junker Queen – three new heroes. Fans of Overwatch should have a ton of fresh material to exploit during the upcoming weeks, it goes without saying.

Since Overwatch 2 received its official debut, there have been roughly 10.2 million players in the game. As a comparison, the prequel’s first month of availability saw about 7 million gamers online. The platforms for Overwatch 1 playing were PC, PS4, Switch, and Xbox One. Hopefully, they’ll remain the same.