Japanese Swimmer Qualifies For Olympic Games After Being Diagnosed With Leukemia 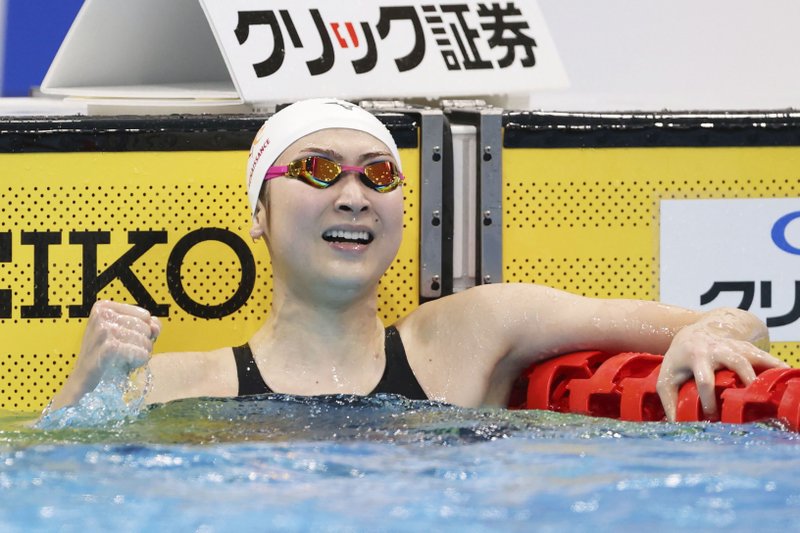 The title of the article could have easily been “The Renaissance of Young Japanese Athlete”. A 20-year-old Rikako Ikee, who beat leukemia, got the right to participate in the Tokyo Olympics this coming summer. An amazing swimmer has performed a miracle 786 days after the discovery of being ill of leukemia! More precisely, Ikee was diagnosed with blood cancer on February 8, 2019.

She won the women’s 100-meter butterfly final with 57.77 seconds, securing her place in the 4×100 meters medley relay in the national team of Japan. The standard time for qualifying to the Olympic Games, set by the Japanese Swimming Federation, was 57.92 seconds.

Most thought that this young girl will not be able to overcome such a long break and exhausting treatment, especially after she finished third in the semifinal race, lacking 0.56 seconds to go over the bar for qualifying for the Olympics in the capital of her own country. However, in the ‘do-or-die’ race, Ikee delivered overwhelming strength, letting the power she cultivated in herself in the time that preceded the qualifications explode in practice.

Her Modesty Didn’t Allow Her Think About Place in Tokyo

She showed modesty during qualifications. Ikee calmly set goals that go beyond this event.

“Being able to get into the upper ranks and because I am not projected to be the main swimmer at the Tokyo Olympics, I hope that I will gain some experience here and, at least, swim faster than in the semifinals. The biggest target for me is the 2024 Paris Olympics. I am not obsessed with the immediate results,” stated Ikee.

The second swimming life started for her last summer when she finally returned to this sport. There was a group in the swimming club of Nihon University in Tokyo to which she belonged and with which she shared the results of her races. Given it is the research university, they were monitoring and assessing her personal bests at that time.

Before returning to the pool last year, Ikee talked a lot about her thoughts on the Olympic Games.

“It is a special event for everyone. I participated in it in 2016 but I definitely do not want it to be the last one, so I am doing my best to be able to play an active role in Tokyo. I will do my best to achieve that goal. I want it so much.”

She was amazing in months before the 2016 Olympics and on the event itself. Ikee broke national records in the 100-meter freestyle five times and in the 50-meter freestyle once. Unfortunately, due to having a life-threatening illness, the goal of competing in the Tokyo Olympics has been canceled and pushed forward for three years.

Ikee could not stop crying in the interview right after the race in which she got promoted to the Olympics participant. “I thought it will be a long time before I could win. I had a feeling that my efforts will definitely pay off but it was so difficult. I am very happy now,” were the words coming out of a trembling voice echoed through the quiet venue with no audience due to Covid-19 restrictions.

We wish this young girl so many successes in the Olympic Games in her home country. Ikee definitely showed that every hurdle in life can be overcome and when the event begins on July 23, make sure to find her name in the offer of the best mobile bookmakers and put in money on her win.