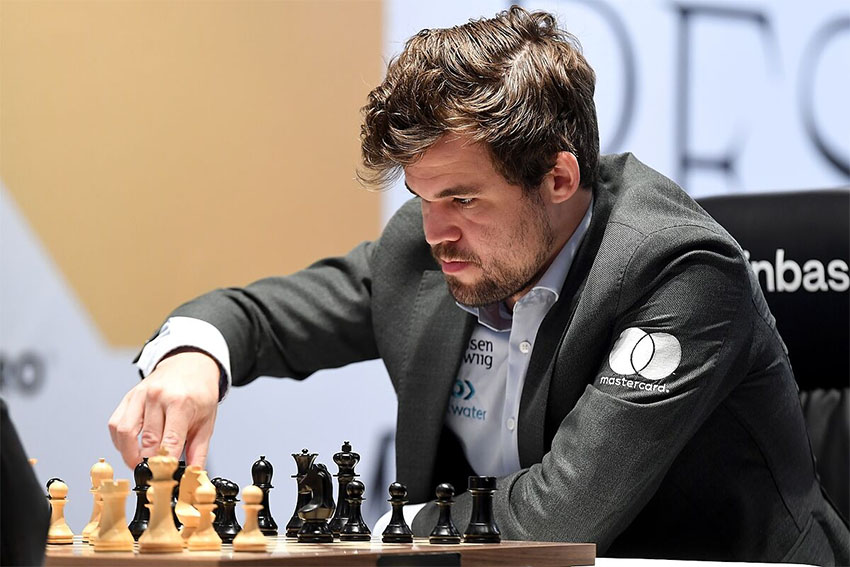 Chess is not known for its flashy moments, but Norwegian grandmaster Magnus Carlsen put that to the test on Friday, clinching the Chess World Championship in spectacular fashion. The championship, which took place over two weeks in a soundproof glass box in Dubai, was the most event-packed in years, smashing viewing records and including the longest game in championship history – a seven-hour and 46-minute marathon.

The world No.1 Carlsen, who has been world champion since 2013, is frequently compared to Russian grandmaster Gary Kasparov, who held the title of the best player in chess history for eight years in the 1980s and 1990s. Carlsen faced Ian Nepomniachtchi, a 31-year-old Russian grandmaster with natural ability and a reputation for his incisive approach, in this championship, finishing the series as most bookmakers with no deposit bonuses predicted, giving the Norwegian 72% chance on average of reaching the title.

The first five clashes of the 14-game series finished in close draws, but Carlsen then blew Nepomniachtchi away, winning four of the next six games by capitalizing on the Russian’s mistakes. The last time a player won the World Chess Championship by four games was in 1921, exactly one hundred years ago. Even Nepominiatchi’s apparent attempt to shake off his bad luck by cutting off his signature topknot after losing the seven-hour marathon match failed.

There were a lot of first-time occurrences at the competition, which was marred by scandal and intrigue. Carlsen’s first victory in the championship came on December 3, and it was the first outright victory in a World Championship since 2016. One of the earlier drawn games was the most accurate ever played in the competition, meaning that the players’ actions closely mirrored those of a computer model used to calculate the best potential plays. Chess players at the highest levels are so skilled that they can predict which moves on the board will result in the least amount of danger later on.

The game’s accuracy, as well as others, emphasized how crucial supercomputers have become in assisting chess professionals in planning their strategies ahead of time. Zhores, a supercomputer at Moscow’s Skolkovo Institute of Science and Technology, was provided to Nepominiatchi. It is considered one of the most powerful computers in the world, allowing his camp to examine tens of millions of positions each second.

Controversies On and Away from Board

It appeared that Carlsen have breached one of the more arcane chess rules midway through game eight when he touched one of his pieces but didn’t move or change it as per the rules. However, because he was absent from the chessboard at the moment, Nepominiatchi missed his chance to make Carlsen pay – he might have forced him to move that piece. Carlsen became irritated during the post-match press conference when a journalist inquired about the apparent gaffe. He said to the reporter, “Do better”.

While examining a never-before-studied position on Internet chess databases before the tournament, it appears that Nepominiatchi’s staff forgot to switch their research into private mode, resulting in the analysis being open for all to see online. The blunder is akin to forgetting an NFL team’s playbook on the bus station. Chess professionals commenting on the game for Chess24 claimed the chances of Carlsen’s staff noticing it were high, but it was hard to say for sure.

The Echo of Carlsen’s Win

Carlsen is getting close to Kasparov’s record as world champion, but his victory is also excellent news for his brand.

The Norwegian has monetized his chess in a way that no other player has. His company, Play Magnus, was founded in 2013 and has already grown to a market capitalization of $115 million. According to The New York Times, Carlsen’s personal interest in the company is valued at roughly $9 million. Also, the chess World Championship, which the Norwegian just won, earned him $2.3 million.